Top 8 Coolest Offices in the World to Take Inspiration from

Offices today need to be practicable more than anything else. People spend a huge portion of the day at their office; hence, it is important to find a place that not only increases their productivity but also fits their use in terms of appeal and outlook.

Looking to create an office of your dreams but can’t find a source of inspiration? Well, here’s a list of the top 8 coolest offices in the world to take inspiration from.

Starting out in a Menlo Park garage, Google today has its office in the heart of California and is one of the finest examples of ergonomically designed offices in the world.

The company today works on a wide range of unbeatable products. It has successfully changed and continues to impact the manner in which people interact with the technology that surrounds them.

The office is both spectacular in terms of design and dedicated to its employees’ welfare. With a range of fitness and wellness centers on the premises itself, Google makes sure that none of its employees are left uncared for.

Even as working at home continues to be a trend, if not a norm anymore, Dropbox never fails to prioritize keeping its culture alive. It focuses on creating offices that reflect the company’s brand image and simultaneously cater to the need of the people who work there.

The company has decided to turn their workstations into studios. According to Dropbox CEO Houston, people do not wish to sit in one place throughout the day, throughout their tenure at the company. Creating a studio has helped the company break away from the restrictive cubicle culture and create a space that can really boost the productivity of its employees.

With employee experience as one of their topmost priorities, Dropbox has its permanent studios in San Francisco, Seattle, Austin, and Dublin. They wish to expand further.

The Airbnb Environments Team has dedicated itself to the creation of offices that feel less suffocating and livelier. The best way to reduce painful long hours of desk-time for its employees is by changing the way they work.

Using the ‘belong anywhere’ approach in the creation of their workstations, they give their employees offices that let them work in an office that is full of freedom and offers the same variety that the company is known to offer to the world.

Facebook expects its workstations to epitomize the collaborative approach of its tech professionals. With that in mind, it has created an office that makes everyone inside the building exponentially more approachable and collaborative than ever before.

Facebook has an enormous workspace spread across 250 acres, and it feels like an entirely different world in itself as opposed to a mere office.

With a variety of convenient alternatives to means of transit – both independent and company-provided – Facebook seeks to give its employees as many choices as it can in terms of choosing the way they work and even how they get there.

With an area of over 350 000 square feet, this 100-year-old building stands tall today as an embodiment of the exceptional design.

With facilities like cafeteria, coffee shop, library, fitness center, courtyard, and a lot more being offered to its employees, Urban Outfitters seeks to keep everyone at their company both content and productive as they work day in and day out.

Their latest campus was intended to bring together their scattered workforce. The workstations spread across six different buildings have now all come together under the same roof and can therefore collaborate quicker and better than ever before.

With honesty at the heart of its company values, Horizon Media has decided to create workstations that reflect its accommodation of diversity in the best manner possible. These workspaces are meant to have something for everyone.

Learning and advancement are made accessible to all its employees as they go about achieving their routine goals.

Customization, culture, and diversity are given topmost priorities in the ever-evolving work culture of Horizon Media. The latter has really helped them cater to their employees who return to work after more than a year of working at home, or working at their own pace and conditions.

The White Mountain office accommodates a Swedish ISP, an internet provider. The office is situated 100 feet below the surface of Stockholm.

Once an anti-atomic shelter, the place is today utilized by the company for housing one of the most spectacular offices in the world.

The server halls and the offices of White Mountain lie beneath an actual mountain – granite rock shelter – and gives its workers a workstation that is one of a kind.

We think Lego, and we see a group of cubes and cuboids huddled together to form their headquarters. While it might sound unimaginable or unrealistic, the company decided to adapt to the expectations of the people and give itself a workstation that is actually a giant version of the products that it offers.

The state-of-the-art office area of Lego had taken over four years to plan and design. With the very popular Lego aesthetic at the core of its interior design, the office stands tall as an iconic workplace that is not just nice to look at but is, in fact, related to the creation of some of the most creative products in the world.

Attempting to change your company’s working culture can be hard unless the companies that you look up to for design inspiration are the world’s finest workstations.

Above is a list of the top 8 coolest offices in the World to Take inspiration from. You can refer to this and inspire your own, entirely new culture for your own company.

You can, therefore, easily combine beauty and functionality just like the best companies of the world are doing right now and soon make it to this list yourself! 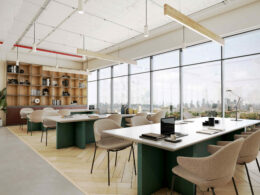 What are Managed Offices? A managed office is basically a tailored workspace solution that is managed and looked…
byParth Shah
8.5K views
5 comments 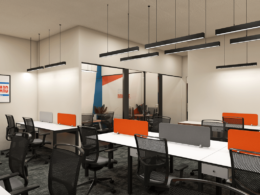 Top 10 Office Interior Designers in Noida to look out for

A well-crafted interior design not only enhances a space’s aesthetic appeal but helps it suit its purpose better.…
byDevX
1.4K views
4 comments 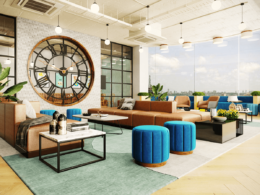 A Beginners Guide To Coworking: How shared office spaces are changing the future of work?

Once known to be a niche concept catering to only freelancers and young startup founders, coworking, as an…
byDevX
3.6K views
5 comments 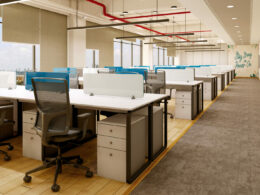 How are Managed Offices Different from Traditional Offices and Coworking Spaces

Workplaces have been through an evolution similar to digitalization. In the manner how digitization changed our life and…
byParth Shah
2.4K views
2 comments