Toronto is gaining traction in becoming one of the most well-established economies in the world. With its fair share of celebrity exports, it has been quite a while since the Canadian startup capital made its way into the limelight.

Business challenges that were imposed in the US made it difficult for entrepreneurs to stay afloat on both sides of the border and ultimately increased the number of tech jobs in neighbouring Toronto by 37 percent during the period 2014 – 2019.

If you are a business entrepreneur in Toronto and are looking to scale up to make it big in the business field, look nowhere else. This list is carefully curated keeping in mind the early-stage entrepreneurs that require Toronto startup incubators to scale up their companies.

IdeaBoost is a Toronto-based startup incubator for companies that are in the sector of technology-based media and entertainment products. Focusing on an emerging niche field and nurturing startups that have the potential to generate high revenue, IdeaBoost is an initiative of the Canadian Film Centre’s Media Lab partnered with Corus Entertainment.

They provide seed funding, mentorship, and network access among other things to various startups. Some famous alumni company names include Mondo Forma, Creatubbles, Pinch VR, and SlimCut Media to name a few.

If you are someone who is looking to get a backing in your startup in the media industry, there’s no better incubator to go for than the one dedicated to this niche that promises peer collaboration (the key to making it big in the media industry), networking, investor reviews, and many other perks.

NEXT Canada Startup Incubator in Toronto

NEXT Canada boasts of having Canada’s strongest and most dedicated entrepreneurial network that has over 500+ top investors and founders. Being an incubator that dedicates time to finding the potential entrepreneurs of the future, people at NEXT Canada supercharge their ambitions and accelerate their startups.

Having launched over 750 entrepreneurs and scaled 250+ ventures, they are one of the giants in Toronto. They believe in a more ambitious and competitive Canada, focusing highly on quality. With over $1B of capital raised and having created over 3000 jobs, it still lives up to its name.

Some of the notable alumni companies include Chisel, Allset, Atomwise, SnapTravel, Validere, and Voiceflow among a lot of others. With dedicated incubator programs & accelerator programs for entrepreneurs in different stages of their businesses, NEXT Canada could be the one you are looking for.

Being a global incubator headquartered in Toronto, FoundersBoost finds the best startups worldwide and prepares them for accelerators, investment and business scale-up with one-on-one mentorship.

This one is slightly different from the others on the list, as this is more of a pre-accelerator incubator that sets up a business to find a potential accelerator. Since 2017, FoundersBoost has helped 300+ pre-seed startups find the perfect accelerator programs from over 4200 applicants globally and has raised $85M+ to date.

Their program includes a six-week part-time program that helps idea stage startups to find seed investment with the help of notable accelerator programs like YC, Techstars, and 500 startups to name a few.

Since 80% of startups in the entire world have underrepresented founders, FoundersBoost is here to take care of your needs. People might miss out on how important a pre-accelerator stage for a business is because if this does not go right, there would not be a startup to scale up in the first place.

Creative Destruction Lab, abbreviated as CBL, is a non-profit organization that offers programs for scalable seed-stage startups in the technology and science sectors. With a network of mentors who once were in the same shoes as the founders of these startups, they share the same ambition.

Operating in 16 streams including Artificial Intelligence, Blockchain, Fintech, Health, and Space to name a few, this incubator has 10 locations globally.

Some notable alumni companies include Deep Genomics, Bridgit, Ecoation, and North among many others. If you are looking to make it big in the business industry in the science or technology sector, look nowhere else as CDL would be your perfect choice.

Another science incubator and accelerator on this list is Johnson & Johnson Innovation – JLabs that are expanding globally. It is a network of open innovation ecosystems, nurturing innovators across various science fields like a broad healthcare spectrum (pharmaceutical, medical device) consumer and tech sectors to name a few.

JLabs highly values great ideas no matter who they are coming from and are passionate about helping entrepreneurs remove the obstacles along their way in the business field.

Innovators can unleash their potential for early scientific discoveries by having access to various resources including lab equipment, investors, and mentors. If you are a budding scientist and want to make it big in the science field, you definitely need an incubator and there is no better one than JLabs.

If you are a budding entrepreneur in Toronto and are looking to make your startup ideas, come to reality, this list should have helped you pick the right incubator you need.

It is extremely important to have mentors in every step of the way of a business right from the idea-creation stage, which is exactly why investing in a good incubator and accelerator can make all the difference in making or breaking a business idea.

So, what are you waiting for? Go invest in your business to scale it up! To know more about various incubators and accelerators in different places, head on over to our blog. 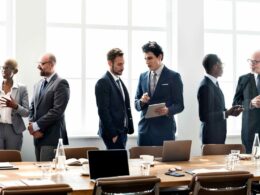 If you are a budding entrepreneur with an amazing idea and are looking to nurture and incubate your…
byDevX
1.4K views
No comments 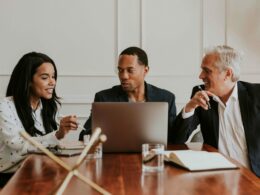 Top 10 Startup Accelerators in The World

There used to be a time when starting a business meant a lot of hard work. Owing to…
byDevX
1.4K views
No comments 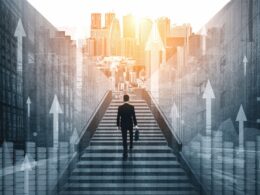 In recent years, thanks to the growing startup culture, along with the entrepreneurial tendencies of the current generations,…
byDevX
400 views
No comments 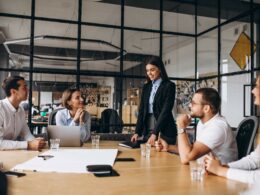